Illustration for ESPN The Undefeated: Artists look at the struggle of the black female athlete

We Become More Digital When We Think Multiscreen

I akin this experience to skydiving where my body was reacting to my nervousness all the way to the ranch a few years ago. I had puked all the way on the car ride. However, it was also acceptance that this was going to be happening. I was going to do my first open water triathlon.

I woke up at 5am to get my bearings. Mike suggested that we leave by 6am to get more than enough time to check in and relax (We both have similar standards when it comes to the day that we are racing. We like to be there early).

I was happy that I had everything prepared and ready to go, which says a great deal because I had almost forgotten my bike the day prior at my apartment to my bf’s amusement.

“Just remember you need your goggles, shoes, helmet, and bike. They are the most important supplies required for the race,” he said. Simple enough.

The race had a late start so there was really no pressure as we had some oatmeal then made our way to Sleepy Hollow.

The ride was uneventful as we did our usual chat in the car and I discussed my strategy. Mike is always so respectful to not get my hopes down. I had actually began to be more excited. A little nervous but very excited to overcome this. I’m sure he was proud that I was speaking that way. It had been just a few weeks prior when he took me to the lake and I completely freaked out. I had never experienced swimming in a lake before.

I had jumped right in to test my new wetsuit and my heart immediately elevated causing me to panic. I had gotten on my back and whimpered, “help,” to him and he was puzzled at what was going on. He dragged me back in and I opted to stay in the shallows where I could actually touch the ground. I really thought I was going to drown at that moment. Being a certified scuba diver does nothing for my swimming ability—I mean, who’d want to do anything in a murky Lake, you can’t see a thing!

Weeks later, I had improved significantly. We went to the lake a few more times and my due diligence to practicing recovery strokes and do endurance workouts were impeccable. We even went to the Olympic size pool in flushing where I couldn’t touch the ground at all.

Now there we were. Race day.

My ever dedicated boyfriend got to the location and without asking drove along the bike route. The thing with Mike, he always knows more about my events than I do. He had researched the maps and logistics. I usually just show up and wing it. I was truly fortunate to have had this preview (which I’ll learn later helped).

He pulled up near the transition area and dropped me off to go park. I checked in and headed back to find my spot.

While there I ran into beginners like me and vet triathletes. Moments later a familiar face parked near my spot. It was a lady I had ran into the first day that I panicked at the lake. We got reacquainted and she answered more of my questions. I saw Daniil and Sarah standing on the sideline along with Mike so I said hi.

Daniil is a fellow teammate who ended up being very integral to my race. I had talked him into doing this triathlon with me and he wasn’t reluctant. I didn’t know how much it meant to him until after.

I was part of wave 4 so we settled in the lake when we were called. When we were flagged to go, I settled into pace. I reached the first buoy very quickly so by the time I reached the 2nd I figured that it was much too fast. I decided to dial back a bit. I would need my legs later for my run and bike so I wanted to calm down my kicks. From the weeks in the pool, I knew that swimming would never be my fastest at a first open water experience. However, I would’ve been pleasantly surprised if it were.

2 buoys down, I sighted for the third. I aligned myself and decided to breathe every three strokes instead of every one like I had been. I decided to add some sighting—I’m still thinking that I’m only training. The 3rd buoy started looking like it was further and further the more I stroked. I couldn’t tell what was going on but I figured that maybe I had simply lost rhythm. I tried again. When I sighted this time, I had drifted further right of the group. Someone near me was trying to get back to left. I attempted to follow. When I felt like I was back in line with everyone I tried to get to the 3rd buoy once again. No dice. It seemed even further this time.

People cut around me at one point somehow and someone even grabbed onto my leg. I kicked back to give them a hint and I didn’t let that bother me. I was trying to reach that third buoy.

Start over. I decided to do 20 strokes then come back up.

Still nothing. What’s going on?

I saw a kayak to my left. I decided to swim to it.

I told him I just needed to rest a little. He told me how to hug the front of it. I did that for a few seconds then headed out again on my mission.

I trained for this. I’m not giving up. There are people here expecting me to be running into transition soon.

I kept going and going for what seemed like eternity and I spotted the Kayak again to my left. I went over again.

“A little,” he responded when I hugged the kayak again.

“A little!?” I was puzzled. I had been swimming for a long time.

I went back into the Hudson to attempt once more. The 3rd buoy just didn’t get any closer.

I saw another Kayak.

“Hey!” I’ll need to rest again I realized. The thoughts of giving up finally came across my mind.

I reached the Kayak and asked the guy if there were currents. He tried to tell me the Hudson has the most currents in the U. S. or something like that. I sort of ignored him in frustration because I was getting tired. At that time, I looked around and saw a jetski fishing out people from the water. People were giving up. Something was going on. Nothing registered. I was getting tired.

“Can you follow me to see if I’m moving at all?” I asked the guy in the Kayak. He agreed.

While swimming he said something. I breaststroked. I asked him to repeat himself.

He tried correcting my form! I was livid.

Fatigue was kicking in and I was in no mood to listen to this guy. Somehow how I’ve been swimming had gotten me past two buoys and I don’t know why it wasn’t getting me to the third.

A jet ski pulled up. “Pull yourself up on your stomach.”

Huh? I didn’t give up. Had it been cut off already? It did seem like a long time. No!

I reluctantly got onto the Jet Ski and he brought me to a boat with another swimmer. He took off to find more people in the water. They explained what was going on. Currents.

I knew it. Later I read that it had been 14mph currents. So, I guess I had been strong enough to swim in this and not give up thinking that was normal. Everytime I got on the Kayak I was being brought back a few yards and starting over!

“Is this over? Can I continue? I hope you guys know that I didn’t give up!”

I was hoping not to let anyone down. I mean, I did say I was going to do a triathlon to EVERYONE. I saw Mike standing at the shoreline. He had been looking at me the entire time. I waved at him. I was disappointed.

The boat pulled us close to shore and they asked me if I wanted to continue the race. It was already over an hour in progress (How did they keep us in that long!?)

I was on a mission, no way to make up over half hour of time but I was going to do my best. I drank a little of the Generation UCAN I had some of prior to the swim. By this time, I was already quite thirsty after being in the water for over an hour. Sarah and Mike cheered me on as I got on the bike.

I remembered the route so I was ready for all the bumps along the way. I sped up where I could and tried to remember how to maneuver the gears correctly.

I kept telling myself to pace myself regardless of how much energy I had. I kept hydrating (the worse part of a race is when you run out of nutrition and fuel).

I tried my best to enjoy the route.

I was done in 41 minutes. I had anticipated faster but I had also anticipated finishing the swim in about half hour. Before dismounting, I saw Daniil. I got out of transition to run and he said he was going to run with me. All this after him doing his own race.

He told me to maintain my energy and don’t talk because he heard what happened.

“No Whippet Left Behind!” he exclaimed.

I welcomed the company. I needed it. I was trying to do my best and had already ran out of fuel. I walked and ran with him. He went ahead to get me water because I couldn’t quite keep up.

I started talking anyway and explained everything. I wasn’t concerned about time or anything at the moment. Still I was just thinking, “Bleh, 9 minute pace.”

I was still proud. Infact, that’s an understatement. I was extremely proud.

I didn’t do my best but it wasn’t my worse. The most rewarding part of all this was realizing how far I had come from weeks prior—I had completely panicked in the water to being completely calm on race day. I hope I’m always like that for other races. NYC Triathlon next!

Thank you so much team! 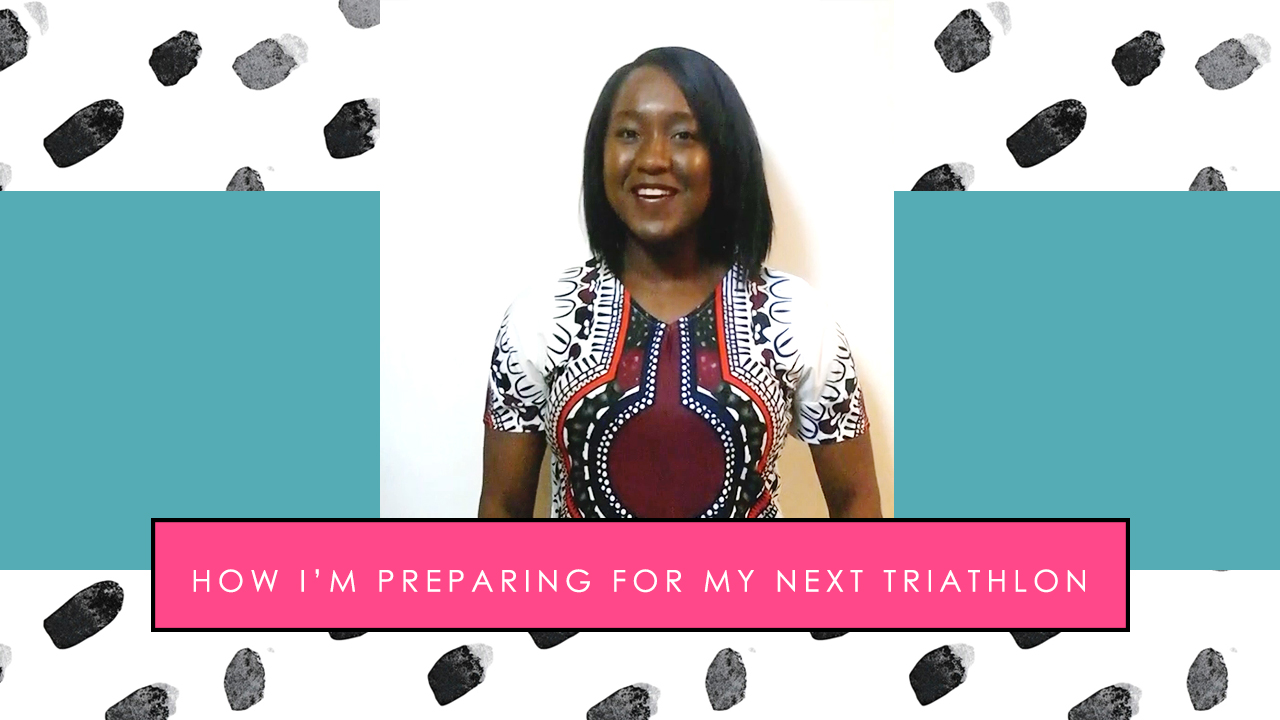 How I’m preparing for my… 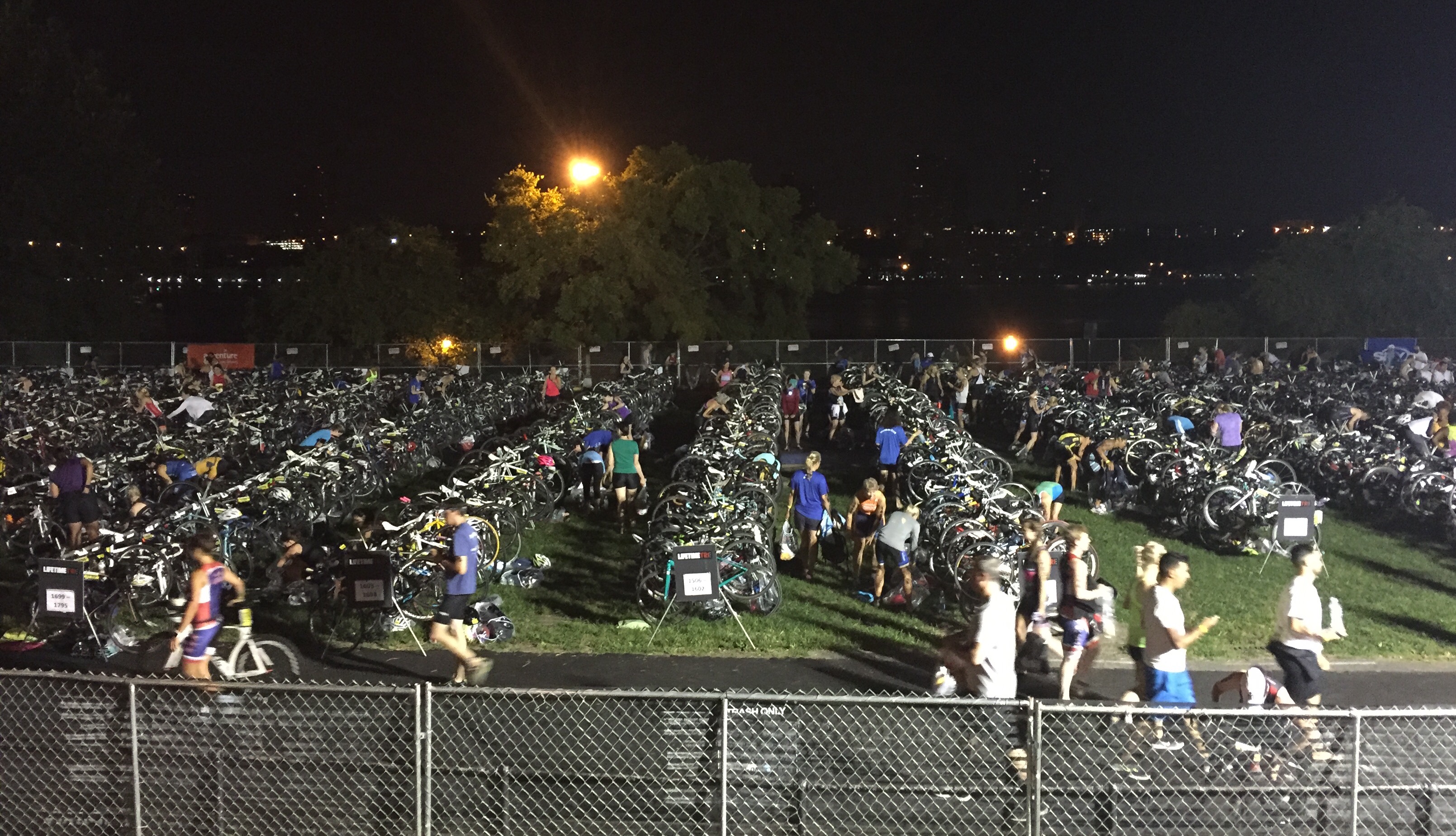 Drank some water in the…

This site uses Akismet to reduce spam. Learn how your comment data is processed.

As a technophile, I enjoy immersing in new technology and provide consultation in using them for brands that I work on. I am also a published illustrator who draws on my iPad during my commute (as @commuteartist on Instagram) which led to Viola Davis owning piece of my artwork! I have also been an illustration contributor for ESPN and I am an Adobe Brand Ambassador. In my spare time, I train for ultramarathons (running up to 50 miles) and trains for half ironman triathlons. I also volunteer for organizations that are STEM (Science, Technology, Engineering and Math)-related and elevate Women—especially those of color.